The tech giant obtained the domains after waging a secret court battle against a group of Iranian government-sponsored miscreants. 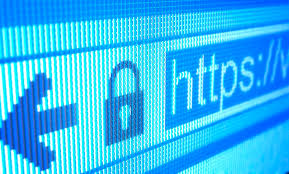 Software giant Microsoft have seized 99 domains that were owned by a group of Iranian government-sponsored hackers. With this move, Microsoft seeks to combat the group of Iranian hackers that use domains as a part of spear-phishing campaigns aimed at users across the US and the world.

Microsoft that they have taken control of 99 domains that are owned by Iranian government-funded hackers. They say that this group of hackers by the pseudo-names APT35, Phosphorous, Charming Kitten and Ajax Security Team in cybersecurity circles.

The tech giant says that they sued the perpetrators and won a restraining order to take hold of the domains. They believe that the hackers had registered the domains of Microsoft and Yahoo, for e.g. outlook-verify.net, yahoo-verify.net, verification-live.com, and myaccount-services.net to collect login credentials of users.

According to Microsoft, the tactics used by hackers were old but extremely tricky and effective. They claim that after showing court orders to domain registrars, they could quickly transfer the domains over to themselves.

As a software giant, Microsoft say that it is their responsibility to take cybersecurity seriously and find better ways to secure their customers’ data. They say that by seizing these domains, they will follow the same steps when it comes to curbing attacks, as they did in case of Russian group Strontium.

Industry watchers claim that with this move, Microsoft will be vigilant of the attacks and that they will exercise caution over every network channel for discrepancies. One can only wait and watch how Microsoft deal with Iranian hackers, especially after Citrix failed to detect a data breach by Iranian government-backed hackers IRIDIUM.