The launch seeks to strengthen the startup community by enabling them with AI for business needs. 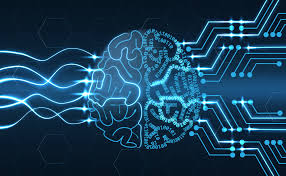 Tech mogul Google are all set to launch their first AI (Artificial Intelligence) center in Ghana, Africa to support the upcoming startups in the region. With this launch, Google aims to build research centers for AI, train African developers digitally and fortify startups by enabling them with AI for business.

According to Google, Africa has the potential to grow as a technology-enabled country for business given their population and talent. Witnessing some interesting work coming from them in the field of technology, Google say that they felt the need planned to expand to the African market.

In order to make their plan in Africa a success, Google say that they have been working closely with universities, local governments and other research centres to explore use cases for AI in Africa. They say that Google is also supporting over 100,000 developers and over 60 tech startups through its Launchpad Accelerator Africa initiative.

We’ve seen people across Africa do amazing things with the internet and technology — for themselves, their communities and the world. Over the past 10 years in which Google has had offices in Africa, we’ve been excited to be a part of that transformation.